Welcome to the first post of the new blog!

For those who’ve been following my antics for the last year I say, “Hello, old friends!” If you’re new I’m happy you’re here and I’ll try not to shock you too much this first time as I’ve been known to have a bit of a cyber potty mouth.

Today my daughters and I appeared on The Steve Harvey Show. What an experience. A producer found www.1yearofonlinedatingat50.com and loved the blog–especially the  relationship with my adult daughters and their advice during my year of looking for love. From some of the disaster dates I’d been on there was probably some things I was doing wrong and perhaps Steve could help.

They flew us to Chicago to tape the show. We felt very fancy as the driver picked us up at the airport. 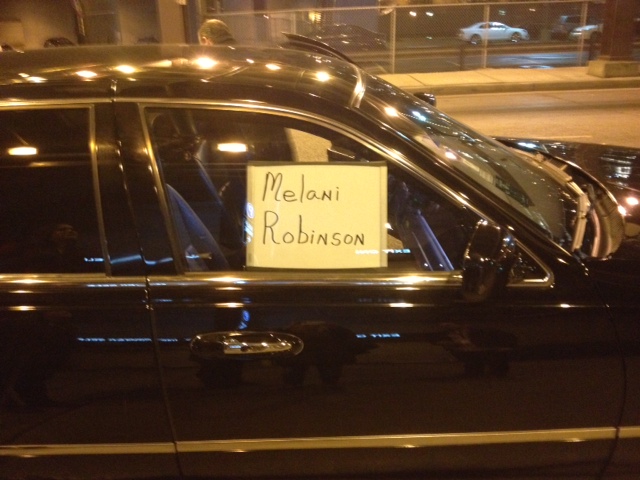 He drove us to the Amalfi, a fantastic boutique hotel in downtown Chicago.

We had a few days of shooting video to tell the backstory. It’s strange because when talking about Neal, my late husband, I got quite emotional. It has been six years since he died and my reaction was surprising. I suppose there’s a prepared script in general conversations that one uses when describing the death of a loved one. The Things I Can Say Without Crying sort of thing and the producer asked questions that I don’t normally answer. Bottom line, I miss him terribly and probably always will. That longing for something that was is always exacerbated by circumstances both extremely good or very bad.

Being on the show was one of those extremely good things that I wished I could share with Neal. Yet the very thing that brought me there (the dating blog) would never have happened if he were still alive. Discovering my passion for writing wouldn’t have happened either since I wrote the book after his death as a way to honor him. There was a part of me that was unfulfilled, although I didn’t know it, and writing has filled the void.

I often wonder if Neal had lived would I have realized the need for creative expression? I thought my world was complete—he was all I needed. Not so.

For instance, I’m an extremely private person. For most of my adult life I’ve only shared personal stuff with a small circle of friends and yet I’ve spent the last year putting the most private and intimate details of my world out there for all to see. Lately there’s been a lot said about the over sharing that’s occurred with the vast number of memoirs on the shelves and, gasp, Reality TV.

BUT, I do think Jodie Foster should pick on someone her own size. “Leave Honey Boo Boo  alone, Clarice.”

Come on. When you’ve invited your dear friend Mel Gibson to sit at your table when accepting the Cecil B. DeMille Lifetime Achievement Award at the Golden Globes, getting all judge-y is perhaps not the best plan. In my humble opinion, of course.

I guess Jodie wouldn’t approve of the dating blog. Darn, I always hoped we could be friends.

OK, now back to Steve Harvey.

The girls picked a guy for me to go out with. Now that was different. They are a tough duo. Generally, my oldest Morgan, hates every guy I date–at least in the beginning. Plus, I’ve been known to be a tad picky. I’ve got this aversion to excessive nose hair and with the over fifty crowd it’s a jungle up there. This was no easy task but they chose a very nice man, Denny. Was it a love connection? Well, no. He was a good guy but there was no spark.

There’s got to be a flicker of lust.

I need to feel that at some point I’ll want to take my clothes off.

Even women my age and older still want to get naked.

After the date we exchanged a couple of email messages—the usual pleasantries. I thanked him for being a good sport.

He suggested I was a serial dater—several times.

I didn’t take too kindly to his assessment (might’ve gotten a little terse) but we reached an understanding and wished each other the best. He told me he’s met someone and is happy. I’m glad for him.

Being on the show was the highlight of our trip to Chicago. Steve has the most amazing people working for him. Every single one of them. From the producers to the cameramen, the sound guys to hair and makeup, they were all absolute professionals and just nice people. 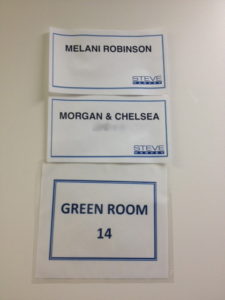 It was the experience of a lifetime for the three of us and I want to thank Steve Harvey for allowing me to tell my story, calling me out when he thought I was full of shit, and for genuinely caring about my success in this search for love. 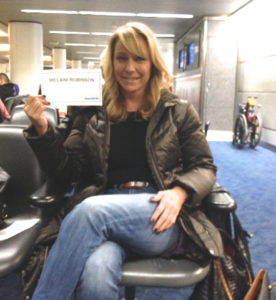 At the airport and headed home.

He’s even invited me back so stay tuned, there’s more to come. 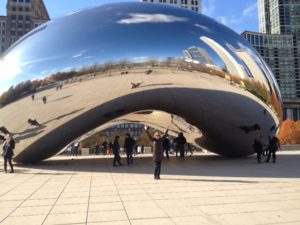 Yep, that’s me under The Bean.

I’m trying something new. I’ve created a special video for those who’ve subscribed to this blog. I discuss the three questions my friends asked when I told them I was going to be on The Steve Harvey Show. If you’re interested, just subscribe—it is over there at the top on the right margin. You’ll be notified when there’s a new blog post AND you’ll be sent a link to the video.

“I don’t like to share my personal life…it wouldn’t be personal if I shared it.” George Clooney