Neal’s plane from Toronto was delayed several hours. I hadn’t checked the flights before leaving the house so I was at McCarran Airport two hours ahead of schedule. It was rare that I had nothing to do with raising two teenagers and a demanding job. I meandered through the stores looking at stuff that visitors bought last minute to commemorate their trip to Sin City.

As I picked up Las Vegas shot glasses, flipped through racks of cheesy T-shirts and caught up on celebrity gossip in the magazine section, I thought about luck.

Many previous V-days were spent with a man I’d been with off and on for several years. Our relationship was far from perfect—some might say even toxic—but I was worn down and tired of hoping for something better. He loved my daughters and me and I wanted to have a partner.

BUT there’s nothing that illuminates a bad pairing more than meeting the Yin to one’s Yang.

Earlier that day a ridiculously large box of tulips was delivered to my office. My favorite flower, and there were dozens in that package direct from Holland. There was also a note:

We’re so lucky to have found each other. Some of the women you work with won’t receive flowers today. Please share these with them. I love you forever, Neal.

Waiting just outside of Security I saw him approaching before he saw me. No matter how many times I watched him head my way I still couldn’t believe he was with me.

He always carried on his bag—not trusting baggage handlers in what he called “cowboy country.” By then it was almost midnight and we decided to drive until we got tired. We’d booked a room for the weekend in our destination, but we weren’t going to make it there that night.

By Barstow we were bushed. A bedraggled motel was the best we could do and Neal chastised me for walking barefoot from the shower to the bed as he brushed his teeth—wearing only his loafers.

Waiting for me on the pillow was a card and my favorite holiday sweets. Neal was a Godiva Chocolates sort of guy but that box would be for some other chick. I’m vintage and get an unnaturally large kick out of these.

Come on. If my candy’s saying:

It can’t be wrong.

The next morning we grabbed a McMuffin, and hit the road. A couple of hours later we’d arrived. I’ve been to lots of romantic spots but there’s something about Laguna Beach that’s especially magical. This was not a new experience—I’d been there multiple times since I was a child–I’d also visited with other men. The difference that weekend was that Neal and I were so in love. We could be anywhere and immersed in each other, but given that setting that exuded eroticism and it was almost overwhelming. It wasn’t that we did anything different than I’d done previously but it was the ocean, the way it looked, the salty scent and feel on the skin, the relaxed beach town vibe that encouraged the tactile. 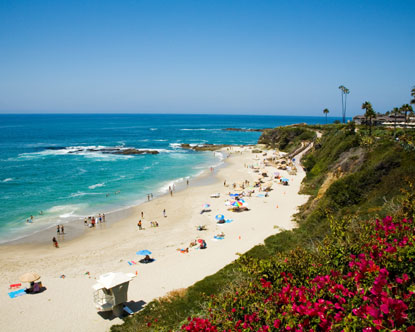 We stayed at the Surf and Sand Resort and slept that Saturday night with the door to our balcony open.

The sound of the waves crashing caused me to fall into a deep sleep that would’ve lasted  until morning had Neal not awakened me. Always a light and sporadic sleeper I would often find the space next to me empty but on that night he was there, his mouth next to my ear, repeating my name.

He took my hand and led me to the balcony overlooking the surf. He wanted to share the view of the deserted beach and the water lit up by the moon. We were alone.

The next morning we took a walk on that beach and I asked him to go barefoot. He protested, reminding me how much he disliked sand between his toes–so unclean, and all that. But he finally acquiesced and grimaced a little for effect.

I knew the truth.

Neal was so beautiful in (almost) every way but he had the most heinous feet. Large, wide caveman-like monstrosities with a big toe that was startling in it’s girth. The first time I saw those tootsies I winced and then insisted he put them in my lap for closer inspection. After a few minutes of silent observation while running my hands over every part I nodded and said:

“Yep, those are without a doubt the ugliest feet I’ve ever seen.”

After he died, when I needed to smile I’d simply put my hand into his shoe to feel the deep impression left in the lining by that toe. I’d remember my merciless teasing and his laughter that always followed.

So Neal took off his shoes, we walked on the beach barefoot and then asked a stranger to take a photo.

The drive back to Las Vegas (and to the airport for his departure) was a quiet but comfortable one. We were both smoothed out–mellowed by the experience. Neal told me that for the first time, in as long as he could remember, he slept for the entire flight back to Toronto.